Jet Ski Tenerife from only 99 €

Hire a jet ski in Tenerife and take a guided tour from Las Galletas at a favorable price. We offer you fascinating jetski safari in Tenerife South at the best price from 99 € per 1 hour and from 135 € per 2 hours.

For one or two persons on a jet bike

We offer the best price for jetski rentals in Tenerife if you book at least 2 jet skis. Round trip transfer is already included in the price.

For one or two persons on a jet bike

Special offer: 2 hours tour from 135 € for one or 149 € for two people on a jet bike. Pick-up and rental of snorkelling equipment are already included.

Special offer: 2 hours tour from 135 € for one or 149 € for two people on a jet skiing bike. Round trip transfer is already included in the price.

The route may be changed according to the season and weather conditions in the south of Tenerife.

How is it going to be?

The driving license IS NOT required

The minimum age for independent driving a jet ski in Tenerife is 18. Persons above the age of 16 can ride in the company of adults.

We provide free round-trip transfers in the south of Tenerife, from Callao Salvaje to Golf del Sur (including Playa Paraiso, La Caleta, Adeje, Las Americas, Los Cristianos). Transfers from other locations are by prior arrangement, additional fees may apply.

Combine your jetski safari in Tenerife with discovery of the wonderful underwater world of the Atlantic Ocean. Within the 2-hour excursion, we provide you with new snorkeling masks which make your diving and breathing more comfortable (without a tube in your mouth). These masks provide a wide view and are equipped with an antidim system.

Combine your jetski safari in Tenerife with discovery of the wonderful underwater world of the Atlantic Ocean. Due to Covid, we do not offer snorkeling equipment, but you can use your own.

During a tour, we will take pictures. After the tour, you can purchase pictures, which will remind you of vivid emotions of your vacation and sunny Tenerife. We use a professional camera what ensures quality photos and unforgettable memories.

During a ocean jet ski safari, you can enjoy the power, comfort and safety of the best Yamaha and Sea-Doo water scooters. Smooth lines and high quality of materials make these water bikes beautiful and very fast and, what is the most important, comfortable for you. Our jet bikes are equipped with engines with the power of 110-130 h.p. IMPORTANT: The total weight of the jet ski passengers must not exceed 160 kg. 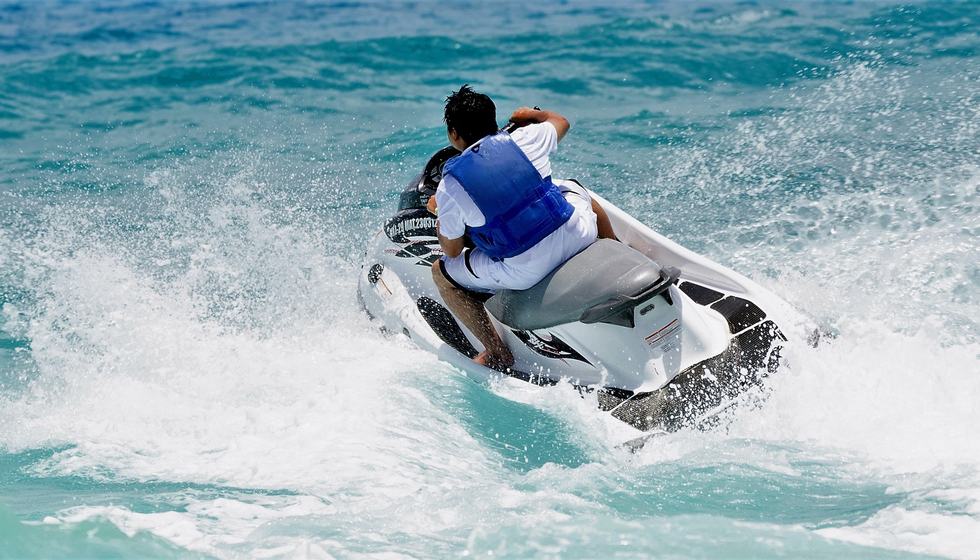 VIP-safari on jet skis can be either individual or for a group. This is a great gift to any holiday!

The duration of this jetski tour is not limited, and a route is selected according to your requirements. For the whole tour, you will be accompanied by a guide, which will support you in any situation. At any moment, you can make a stop for snorkeling in transparent water of the Atlantic Ocean and discover for yourself the underwater world.

If you take your trip afternoon, the sunset will be your a memorable experience: while swinging on waves, you can enjoy incredible colors of the evening sky.

After returning to the coast, you will be granted with vivid pictures of your journey and a delicious lunch or dinner in one of the best restaurants in Las Galletas.

Do you want to make this day special? Celebrate your birthday, propose to your beloved lady or make a surprise for your wife? Or maybe just have a nice rest? Spend a unforgettable day aboard a sailing boat breaking the Atlantic waves!

During the tour, you will enjoy the ocean freshness and breathtaking views on the Tenerife coastline; you will have a look at the volcano Teide from a new perspective, and also you will see various marine inhabitants.

The rout includes a stop for swimming and snorkeling (diving with masks). The cost comprises the snack, beverages and transfer to the port and back.

Do you provide transfer from Playa de Las Americas for jet skiing?

Of course! When booking a jet ski safari you can ask for free transfers from Costa Adeje, Playa de Las Americas, Los Cristianos and other places in the south of Tenerife.

Can you arrange transfers from the northern part of Tenerife, Los Gigantes or other locations remote from your port?

Do you grant any discount for large groups?

Yes, if you reserves more than 4 jet bikes. Please, contact us to be given a personal offer.

Where can I safely leave my stuff while being on tour?

We have special lockers for clothes and values of our clients.

How can I cancel or change my order?

If your circumstances have changed and you cannot take part in the safari or you want to change the time and date, please, preliminarily notify our manager +34 604 102 196 or through WhatsApp.

We want to reserve one jet bike for two of us. Can we switch places during the tour and share the driver's role?

Of course. In the middle of the route, we make a stop to have rest and snorkeling. After this, you can switch places.

How do I control the jet ski?

It is very easy to control the jet ski, you have the accelerator handle to speed up. To slow down, just release it.

Is it possible to see dolphins while jet skiing?

Sometimes the dolphins themselves approach the boats or groups of jet skis. But, according to the rules governing jet-ski safaris in Tenerife, we must not purposely approach them, chase or in any other way disturb the animals.

⭑⭑⭑⭑⭑
Staying in Playa de Las Americas, we had a brilliant time with jet skies. The service was excellent and Lazlo was a great guide. Jumping off the jet bike and swimming in the deep blue ocean was one of the highlights for me. Real adrenalin, fun-packed hour supervised by the helpful and friendly Lazlo. I would recommend it.

Should do when in Tenerife!

⭑⭑⭑⭑⭑
Great new and easy to use Jet Skis, very nice and professional service and great location. Yesterday we had a fantastic day on the water and off the coast of Tenerife South!

⭑⭑⭑⭑⭑
We had a 1-hour jet ski safari with my girlfriend. That was just amazing: 50 km/h on an empty flat sea, with the infinite ocean on one side and the impressive mountains on the other. Adolfo was creating waves for us so that we could have fun riding them. I would definitely go back and recommend people to go there! We were warmly welcomed and felt just at home.

⭑⭑⭑⭑⭑
It was an amazing experience. We got a lot of fun and explored the coast. Loved it!! We would do it again!

⭑⭑⭑⭑
I had a fantastic jetski Tenerife guided tour today with my son. Adolfo has been a great guide throughout the trip! Thank you, guys!

⭑⭑⭑⭑⭑
We are a family with 2 adults and 2 children. We did the jetski safari with a guide for 2 hours. The guide Lazlo was very friendly and professional. He knows the best places to jet skiing and snorkeling. Coming again when I am in Tenerife again.

⭑⭑⭑⭑⭑
Just do the 2h excursion, was super nice, the jet bikes are new from 2019.
Recommend for family or couple.

⭑⭑⭑⭑⭑
I can recommend this cool action. Very nice people and a cool location for Jet Skiing. Lazlo is a great guide.

⭑⭑⭑⭑⭑
We had an amazing experience on the buggie and jet ski, thanks to Alex, Elena and Irek. It was the best day of our holiday. High recommended!!

It never gets better!

⭑⭑⭑⭑⭑
Great jet skis, great guide, snorkeling, great weather… couldn’t have been better! We also got a free shuttle to the jet skis from Los Cristianos.

Jet ski safari in Tenerife is great entertainment and sport for the whole family, especially since a driver’s license is not required. You will get acquainted with the sea inhabitants of the Atlantic coast of Tenerife and, of course, get unforgettable emotions and memories for a lifetime.

Jet skiing Tenerife is one of the most popular activities, therefore, during high season, try to book a jetski Tenerife in advance to be able to choose the most convenient time.

We offer Tenerife jet ski safari for 1 hour for beginners and 2 hours for those who are 100% confident in their abilities. At your disposal are modern models of Seadoo and Yamaha jet bikes which certainly meet the highest requirements for comfort and safety.

Also all jetski tours include a shuttle service from your hotel in southern Tenerife (Costa Adeje, Playa de Las Americas, Los Cristianos) to the starting point of the jet ski safari in Las Galletas (Tenerife South) and back.

In addition, our jet ski tours include a snorkeling stop. You can swim with a mask and see different types of fish, stingrays and sea turtles. Of course, in the winter season, when the water temperature is about 19 degrees, for all participants of the safari, we offer jet ski wetsuits, so that you will be comfortable in any weather.

During a jet-skiing safari, our employee will take a picture of you at the jet ski in the spray of the waves of the Atlantic ocean. So you will be able to view and purchase these photos after the trip.

We appreciate that our customers are always satisfied with the sea trip, re-order for the next year and especially recommend jet ski Tenerife to friends.

A little more: we also offer other activities in Tenerife: kayaking, yacht tours and fishing. You might also be interested in visiting a cannabis club in Barcelona. Whatever you choose, enjoy your trip to sunny Spain!